The Story Behind the Science

Finding a potentially revolutionary treatment for Parkinson’s disease (PD) wasn’t on the radar screen for Kwang-Soo Kim, PhD, when he graduated from the Korea Advanced Institute of Science and Technology in 1983 with a doctorate in microbial genetics.

Kim’s studies were in a “hardcore molecular biological laboratory,” including time at the Massachusetts Institute of Technology with Leonard P. Guarante, PhD, looking at molecular mechanisms underlying gene regulation. But when the opportunity for a junior faculty position in the Department of Neuroscience at Cornell Medical School opened up he jumped, even though it was in a “field in which I was never trained.”

Dopamine helps regulate motor skills, and its absence is a key factor in the development and progression of Parkinson’s.

That lab focused on studying neurotransmitters, the chemical substances released at the end of nerve fibers by the arrival of a nerve impulse. These chemicals are keys to diverse brain functions. Among the most important is one called dopamine. Dopamine helps regulate motor skills, and its absence is a key factor in the development and progression of Parkinson’s.

Kim, who today is director of the Molecular Neurobiology Laboratory at McLean Hospital and a professor of psychiatry at Harvard Medical School, said scientists had long understood that when more than 70-80% of dopamine neurons have died, Parkinson’s symptoms appear. “The billion dollar question” that still eludes researchers is why they die, and how we can stop it.

Kim’s lab, founded in 1998, studies the biology of the brain cells that rely on dopamine to communicate. A number of major brain disorders including PD as well as attention-deficit/hyperactivity disorder and schizophrenia often result when this cellular communication breaks down or goes awry. Kim and his group work to identify the defective components in these cells that underlie these problems—like the so-called “orphan nuclear receptor” Nurr1, a molecule critical both for dopamine neurons and in inflammation—to understand and reverse the damage. About 10 years ago, the lab also branched out into human stem cell research, a field that examines the ability of cells to be “reprogrammed” into an immature state, from which they may then be coaxed to develop selected cell types that allow their use against specific therapeutic targets. Unlike more controversial studies done in times past that required tissue from human fetuses, the Kim lab began working with reprogramming adult skin or blood into such cells, enabling the development of an unlimited source of any desired type of human cell. In this case, the aim was to use a Parkinson’s patient’s own cells to make replacements for the lost dopamine neurons.

The aim was to use a Parkinson’s patient’s own cells to make replacements for the lost dopamine neurons.

That new research focus became critically endangered in 2013, when the National Institutes of Health, facing congressional sequestration of research funds, was going to end three of his lab’s five grants and force a sharp reduction in staff.

But then he met Dr. George Lopez, who was diagnosed with PD in 2007, and was looking for treatment options when he decided to attend the Stem Cell Symposium held in Boston in 2013.

“I had gone to a speech where researchers go to get funding for their research. I didn’t understand a lot of it, but I did understand his talk,” said Lopez. “It made very good sense to me. I wrote him a note saying that I’d be interested in the direction he was taking to cure PD.”

Kim said that note has changed paths for both of them, leading to a deep relationship on many levels.

By 2017, believing they were close to a potential clinical application, Kim earned approval from the Food and Drug Administration under its single patient, expanded access protocol to implant the patient with his own reprogrammed cells.

That, in turn, set off a complex process to find the right neurosurgeon and facility to perform a procedure similar to the more conventional deep brain stimulation Parkinson’s treatment, where electrodes are implanted in the brain to interrupt and stimulate nerve activity. But in this case, the surgery would be to inject dopamine neurons created from Lopez’s own skin cells.

With the help of his neurologist, Lopez identified Jeffrey Schweitzer, MD, PhD, as the surgeon with the experience and background best qualified to spearhead this effort. After working through several logistical challenges, the first surgery was conducted in September 2017 at Cornell Medical Center in New York. The procedure is designed to implant cells into both of the brain’s hemispheres.

In this case, the surgery would be to inject dopamine neurons created from Lopez’s own skin cells.

While Kim said that “many experts feel it is better to do both sides at one time,” the FDA wanted a six-month delay as an additional safety precaution. So, on March 6, 2018, this time with Schweitzer leading the surgical team at Massachusetts General Hospital, the patient underwent a second procedure. Since the patient’s own cells were used, tissue rejection was not a problem, so no immunosuppression was needed in either surgery.

While many more studies need to be conducted to show the safety and efficacy of the procedure, Lopez remains hopeful that the teams from McLean and MGH have blazed a new trail for PD treatment. His dream is that the research will continue with formal clinical trials. 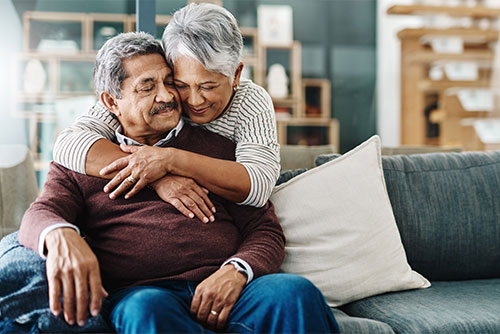 While other researchers are pursuing different strategies such as using dopamine cells derived from a one-size-fits-all human embryonic cell line, Kim stressed there is a significant difference: the McLean-MGH patient received his own cells.

Kim stressed there is a significant difference: the McLean-MGH patient received his own cells.

“If dopamine cells from a single human embryonic stem cell line are used for implantation, the patients will need long-term immunosuppression, because it is not their own tissue and may be rejected” he said. “A Japanese group is creating a bank of a few different cell lines partially matched to recipients, a bit like for blood transfusion. This approach may reduce the need for immunosuppression but probably will not eliminate it.”

Kim’s method has two additional important differences from those of other labs. Unlike other forms of cell or gene therapy that use viruses as “vectors,” tools to make the needed changes inside cells, Kim’s procedure does not introduce the risk of disrupting patients’ chromosomal DNA, thus avoiding or minimizing the risk of tumor formation.

Perhaps even more important, his method removes any remaining “undifferentiated” cells—those that have not yet become a specific cell type—before transplantation. That is a unique additional step that further prohibits tumor formation.

“We believe we are on the right pathway to curing the disease,” said Kim. “It will be years before we know if we’ve chosen the right one, that it’s absolutely bulletproof. We are starting with the fundamentals, to make sure every step of this procedure is documented, tested, confirmed, and is absolutely safe and effective for future patients.”

The search for effective treatments for Parkinson’s disease is ongoing. Join our mailing list to stay up to date on the latest advances.

In the U.S. alone, as many as one million people have Parkinson’s disease. Kwang-Soo Kim, PhD, is committed to finding a way to lower those numbers.

MGH-McLean team have become the first to implant patient-derived midbrain dopaminergic progenitor cells into a patient with Parkinson’s.

A study published in the New England Journal of Medicine describes the innovative treatment of a Parkinson’s disease patient.